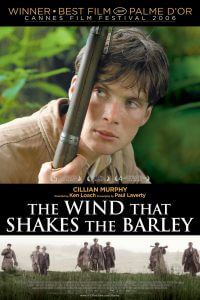 Name of the Production: The Wind That Shakes the Barley

The Wind That Shakes the Barley is a 2006 war movie which is about the Irish War of Independence and the Irish Civil war. The director of the movie was Ken Loach. The movie won some film awards. In Cannes Film Festival, the movie won the Palme d’Or prize. Also, the movie was selected as Best Irish Film in Irish Film & Television Awards. The movie’s name came from the song of Robert Dwyer Joyce, “The Wind That Shakes the Barley”. During the Irish Rebellion of 1798, the song became famous. I want to analyze this movie in terms of class relations and ideological debates. For international relations and political science students who analyze national liberation movements, it is crucial to emphasize the internal contradictions of movement because of different classes and different ideological aims for the future. This movie helps these students in understanding the internal contradictions of national liberation movements.

Firstly, we see that there is a class struggle for even the Irish nation. There is a rich farmer who is allied with Britain and the British army because of its class interests because the Irish Republican Army (IRA) aims to create a socialist Ireland. A rich farmer forces young Irish Republican Army sympathizers to tell them where the IRA militants are to the British soldiers. By doing this, rich farmer ensures their position and interests in colonized Ireland. We can conclude that there may not be the interest of the nation. There are many classes in a nation and some classes can utilize colonialism.

Secondly, we see that there is an ideological debate within the Irish Republican Army. We encounter this issue two times in this movie. Firstly, there is a judgment of the Irish bourgeoisie is about debt. The court judges the Irish bourgeoisie to pay its debt. This led to a new debate within the Irish Republican Army. The Socialist side of the IRA claims that in order to be independent and free, courts have to make their own decision without any coercion from IRA. Also, they claim, their liberation movement is also against the interest of the bourgeoisie because they want to establish Socialist Ireland. Not only British bourgeoisie exploits the Irish proletariat, but the Irish bourgeoisie does the same. On the other hand, the nationalist side of the IRA claims that some parts of the Irish bourgeoisie help them to buy guns and other sources. Therefore, they say IRA should ally with some parts of the Irish bourgeoisie because their assistance and support for Irish liberation is important for IRA. Another disagreement within the IRA is on the Peace Treaty. Peace Treaty gave some privileges to Irish people such as the establishment of a Free Ireland State, and freedom of choice in policymaking, whereas Northern Ireland continued to be part of the United Kingdom and Free Ireland State would be a part of the British Empire. This also led to the eruption of new debate within the IRA. The Socialist side of the IRA supported continuing the armed struggle because they said that their main was not this, they want to create a socialist and independent Ireland. However, with this peace treaty, Ireland is still a part of the British Empire. Therefore, it is not free from colonial oppression. On the other hand, the nationalist side of the IRA argued that they gained the right to the state. They can no longer continue to war. Therefore, this treaty is enough for IRA and Irish people. This divided IRA into two. We can conclude that national liberation movements have a pluralistic structure. There can be many different ideologies because their first aim is to establish a new free state free from colonial oppression. However, this can lead to disagreements and division in the liberation movement. I think the ideological controversy and class struggle prevent the empowerment and permanence of national liberation movements. Lastly, there are many emotional moments in the movie. Where there is politics there are people, where there are people there are emotions. People may have to make difficult decisions in politics and for their liberation. The movie demonstrates this very well. It is not only a movie that shows only historical and political details but also gives place to human relations.

In conclusion, I recommend this movie to people who are interested in history and national liberation movements. International relations and political science students should also watch this movie in order to understand the internal dynamics of national liberation movements. I want to complete my analysis with the quote of James Connolly, the founder of the Irish Socialist Republican Party. This quote is mentioned in a lock-up scene. Connoly said “If you remove the British Army tomorrow and hoist the green flag over Dublin unless you set about the organization of the Socialist Republic your efforts will be in vain. England will still rule you. She would rule you through her capitalists, her capitalists, her landlords, and her financiers…”. This quote also shows us a nation can be within its territory. However, the colonial state still tries to rule and exploit other nations.