European “Castle”: Attitude of the European Union During Humanitarian Crises

Attack (or whatever you name it) of Russia to Ukraine caused many thoughts to be born in the minds. Most of the questions and thoughts have focused on the European Union (EU) in addition to the other international organizations such as NATO and the UN. With this op-ed, I will try to get your attention to many points regarding the questionable position of the EU.

When it comes to today, the Russia-Ukraine war has caused an influx of people, this time from the close geography of the EU to the EU territory again. If we leave aside the pre-war and its coming, we will see that this time there is the issue of Ukrainian refugees. But fortunately, Ukrainian refugees are “luckier (!)” than Eastern/Oriental refugees. Of course, the fact that they have become refugees is very annoying in essence and it is too sensitive issue to be commented on as “who is luckier”, but it is also necessary calling a spade a spade. First, within the framework of neighbouring policy, Ukraine is a state that has been highly adopted by the EU member states, as it is a border neighbour of the EU. For this reason, Ukrainians are naturally a more acceptable group for the EU than Syrian or Afghan refugees. What I am questioning here is that the Copenhagen criteria “imposed” by an organization like the EU on its member states and candidate states that want to become members are shelved when it comes to “not from us”, does mobilization begin immediately when “from us” is in a difficult situation? So, while criticizing the “human rights” violations in the member and candidate states, is the refugees’/immigrants’ humanity forgotten and become just an adjective or a number?

First, I would like to start with the “Common Foreign and Security Policy” (CFSP) of the EU. According to the definition of the European Commission “CFSP of the European Union aims to preserve peace and strengthen international security in accordance with the principles of the United Nations Charter” (European Commission, “Common foreign and security policy”).  When the EU was founded, it was originally established as an economic organization; European Coal and Steel Community (1951), European Economic Community (1957). The CFSP had been seen as one of the last steps of European integration areas. The reason for this was that the founding states at that time and later joined the Union with the enlargements were not yet ready for subsidiarity on issues that completely concern the sovereignty of the states, such as foreign and security policy. Member states had also planned the integration in relatively soft areas such as economic areas and then integration in areas where more concessions were required. This system has passed into the literature as a spill-over effect (Dunn, 2012).

On the other hand, when CFPS is considered as an idea, we can also interpret it as an outward reflection of the EU’s desire to act as a federal state, which is a sui generis organization. So much so that, based on this policy area, the debates on whether the EU can be a federation have taken place in the literature (Börzel & Risse, 2000; Abromeit, 2002; Arısoy, 2010). My opinion on this issue is that the EU has difficulty even standing together, put aside being a federation. But this is not an extraordinarily remarkable point, because today we are talking about a supranational community of states consisting of 27 members. However, the fact that the policies of the EU, which we might expect to be a group of states that look at the world from the same perspective, are not evaluated and not accepted by each member state in the same way occurs as a questionable point.

The second point I would like to mention, starting from the CFPS, is the defence policy part, which is another policy area attached to this policy. The EU’s defence policy is implemented through FRONTEX, which was established in 2004 (“FRONTEX”). It was created to ensure the protection and security of the borders of the member states with their neighbours. Protecting the borders of the “EU Fortress” mentioned in the literature today, FRONTEX was established before the migrant influxes, but it would not be wrong to say that the period when its mission was implemented in the main sense coincided with the refugee influxes started in 2015 and onwards that came to the agenda after the Syrian civil war. The impact of Syrian refugees on the EU has not only been the fulfilment of FRONTEX’s mission, but also the revival and popularization of some concepts such as securitization, securitization of immigration, xenophobia, right-wing populism, rise of right-wing populism, anti-immigration, islamophobia that already exist in the literature. In the following part of my article, I will compare the Ukraine crisis and other crises in the “East” (for example, Syrian crisis, etc.)  and leave the comment on difference in the EU’s attitude towards these crises to the reader’s own interpretation.

While addressing the migrant crisis, I shall mention the Geneva and Dublin Conventions. The United Nations Convention Relating to the Status of Refugees was signed in Geneva on 28 July 1951 and entered into force on 22 April 1954 (“Geneva Convention”). All EU member states have signed these conventions without any reservations. Accordingly, EU member states are obliged to host people fleeing war in their countries without any discrimination and to grant refugee status to those who fulfil the necessary conditions. With the Dublin Conventions (European Commission, “Dublin Convention”), EU member states stretched the Geneva Convention they had signed, and they almost struggled not to accept asylum seekers, especially from the East. Except for Denmark, all EU states have obligations to comply with the Dublin conventions. However, in the face of large numbers of immigrants coming to their country after the influx of Syrian refugees, some member states, for example Hungary, suspended the Dublin Convention, which regulates asylum applications (Anadolu Ajansı). Other member states, on the other hand, wanted to manage this situation in their own way with the “less is better” understanding regarding quotas. The crisis in Afghanistan (still ongoing since August 2021, with the Taliban taking control of the country) in the recent past also caused an influx of refugees, and the EU states acted with the logic of “we cannot accept anyone who is not from us (European and white)”, similar to the previous crisis.

The last point I would like to mention is the “digestion process” (Euractiv, 2007) that the EU put forward after its last enlargement in 2013. With this concept, the EU member states stated that they could no longer accept more members and they wanted to establish the functioning of the institutions in the Union first and then to ensure full integration in the member states, including the countries they accepted with “precondition”. By today, the Russia-Ukraine crisis must have accelerated the digestion of the EU, that Ukraine’s membership to the Union is in a position to be seriously evaluated (CNNTürk, 2022), and even Georgia, another victim of Russian aggression, who wants to turn this crisis into an opportunity, is preparing to apply for EU membership (Sözcü, 2022). Other candidate countries such as Turkey, which have been waiting at the door of the EU for decades, continue to wait for a place to be made for them.

As a result, the EU, which has protected the borders of its castle with its common foreign and security policy, has put aside all its fears in the face of the crisis experienced by its “self” and has opened its doors to the Ukrainian “partners of destiny” and fearlessly showed that it will do its best. Other crises and human tragedies experienced by the EU in distant geographies have been only a point of criticism against the EU, as the problem of the close neighbours of those distant geographies. 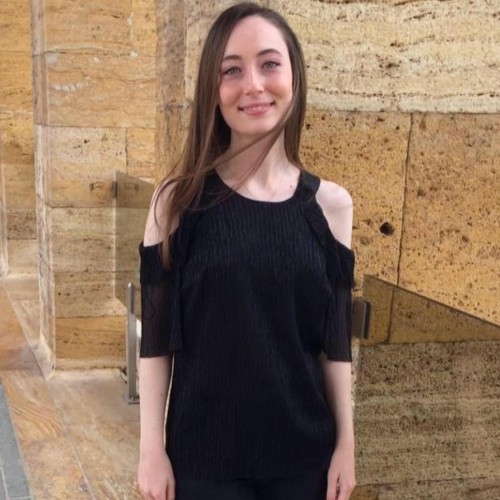