The Montenegrin parliamentary elections in 2016 enabled the political alliance that advocated NATO membership to definitely get a full mandate to bring this matter to an end. That’s what happened. Montenegro became a member of NATO in 2017, but it also built an international case on the stories about the coup attempt in the 2016 elections and the attempt to stop NATO membership, although many questioned the credibility of that story and the evidence of the coup attempt.

The new mandate, however, also opened up new-old problems. In the first place, the regular use of the repressive apparatus in accordance with the needs of the ruling party. At the same time, the increase in violence and crime on the streets of Montenegrin cities and frequent attacks on journalists have become commonplace. The situation is further complicated by the fact that Montenegro is an unprecedented case in Europe – from the fall of the Berlin Wall until today, the government has not been replaced in democratic elections. The head of state, Milo Đukanović, a reformed communist, and his Democratic Party of Socialists hold all the power in their hands. 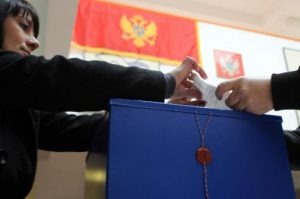 The opposition, on the other hand, has been in serious trouble for decades. With frequent mutual attacks and violations of the agreement on the boycott of the state parliament, the opposition began to lose strength, bearing in mind that in the 2016 elections, they almost overthrew Djukanovic.

In the meantime, in 2019, mass protests were organized as a reflex to the appearance of evidence of the institutionalization of crime and corruption at the top of the government. However, despite numerous tensions in the domestic political field, and especially in relation with Serbia, with which the joint state disintegrated in 2006, the current government has managed to carry out its full mandate to the end.

But in this small Balkan country, where there is a parliamentary system, it is never boring. In June this year, it was decided that the regular parliamentary elections would be held on August 30, although at that time the temperatures in Montenegro will be very high and summer is at its peak then. As a justification for that decision, it was said that the Kovid 19 pandemic is at the very end, so it is important to use that and organize elections in peace. It happened that the pandemic gained momentum, so now over 1,500 cases have been registered, which is a huge number in a country that officially has 625 thousand inhabitants.

No opposition party has responded to the Montenegrin president’s invitation for consultations, as they believe the conditions for holding elections are worse than four years ago when the last parliamentary elections were held.

The key accusation of Djukanovic’s coalition against the opposition is that they are incompetent politicians, who work for the interests of some foreign countries, primarily Serbia and Russia. However, when questions about corruption, organized crime, and government abuses arise, Djukanovic’s coalition is not so loud, and they generally respond to numerous accusations with silence.

This year, another important detail happened. The American organization Freedom House declared Montenegro a hybrid regime, for the first time since 2003, emphasizing that the persecution of critics of the government is increasing, as well as that corruption is more and more pronounced.

In addition, the crisis of legitimacy of the political system is clearly reflected in numerous examples, especially when it comes to the status of municipalities in which Djukanovic’s opponents had a local government. In two of the five such municipalities, opposition councilors sided with Djukanovic under mysterious circumstances and gave the majority to his party.

Election conditions have hardly ever been worse. The situation in the voter list is such that the list hardly corresponds to the actual situation on the ground. Authorities do not hide the devastating economic situation, with a public debt of over 80% of GDP and the expected collapse of the summer tourist season.

In less than 60 days since the election, the government wants to use the existing funds for party employment and social benefits, as a form of blackmail for the most vulnerable segments of the population. If we also have in mind the fact that Kovid 19 virus returned with a growth trend higher than for the period March-April, and the decision of Montenegro to follow the EU Council and open borders for EU member states, it is clear that due to health and economic risks there are no conditions for fair elections.

Although there are growing indications that the vast majority of citizens want fundamental political change, it is also clear that they do not trust the existing actors or the conditions under which the elections will be held.

In such a situation, it is difficult to talk about a regular political environment. These elections will certainly bring new challenges, and Montenegro is at a turning point again.