Reasons of Political Instability in Italy

In this study, I will try to convey the most prominent factors in the political instability of Italy. I aim to reveal the macro reasons of the recent political instability of Italy, which is in the European Union. Italy faces political turmoil in the 21st century. The government crisis on the one hand, and the short duration of the government’s stay in power, on the other, are the factors that reveal this instability. The long-standing North-South divide and the socioeconomic differences that clarify this distinction lay the groundwork for the relevant developments on the geographical axis. It should also be supported by the existence of independent states over the years and then the establishment of political unity. In the process of ensuring the political unity of Italy, the inability to build the “nation” is another obstacle (Zenginoğlu, 2021: 70).

The end of the cold war period brought up the search for alternative parties in Italy and the Left Democratic Party replaced the Italian Communist Party, which ended its activities after Tangentopoli. The conditions of the unipolar order have disappeared, and the political alternatives that the voters can choose have increased. In Sartori’s words, instead of the “anti-system party”, a new publicly accepted party entered Italian politics.

Italy remained a country characterized by a high level of internal heterogeneity. This feature was further strengthened by the 2008 economic crisis, which further highlighted regional gaps. The economic policies initiated as a result of the economic recession, instead of reducing these differences, led to an increase in unemployment, a decrease in the production capacity of the country and an increase in the polarization, as it led to wage increases (Cicatiello and Ippolito, 2019: 377).

Geographical differences in Italy are also reflected in the political sphere. After the Roman Empire, many countries continued to exist in the peninsula for a long time. This is one of the factors affecting the political unification process in Italy. Another is the North-South divide, as is often emphasized in the writings. This separation was initially seen as the South’s resistance to political unity, and today it is based on the North’s failure to share its economic prosperity with the South, so to speak. Issues such as autonomy or early departure requirements are also considered to be related to geographical factors. For this reason, the geography of Italy is directly related to the political and cultural codes. This interest is one of the factors triggering political instability in Italy (Zenginoğlu, 2021: 78).

It has not been possible to define a clear “we” since the political union was established in Italy. First, language problems are one of the reasons. In addition , it has been observed that extrinsic motivation is quite effective in structuring the definition of “us” or “other” . Therefore, incomplete or poor definition of internal dynamics is considered as another factor contributing to political instability. The existence of a divided political structure plays a decisive role in the discussions about the Italian electoral system (Altınsu and Arıkan 2018: 608). In recent years, lawmakers have had to implement provisions for a new electoral system after they determined that reforms to stabilize the state administration were unconstitutional. However, Italy failed to provide the expected government stability. The following data about Italy summarizes the situation: 64 governments have changed in the last 72 years and 6 prime ministers have changed in the last 10 years (Gençkaya and Şençelebi, 2021:13). The reforms are insufficient to provide stability as they constantly encourage parties to form coalitions. Party coalitions are more fragile than single parties. Despite the ideological closeness, the parties cannot agree on important issues that affect the country and affect the continuity of the administration. Finally, there is the issue of economics. However, what is important here is not external factors or data, but the dimensions that exist in domestic politics that are not seen or shown. When this dimension is evaluated under the headings of corruption, protectionism and mafia, the size of the crisis becomes clear.

In Italy, Berlusconi’s term as prime minister is the longest in a government since 2008. However, the debates in this period and the scandals reflected in the media showed that even the image of stability actually contains a chaotic structure. In summary, Italy is expected to face a series of crises in the short term. The first reason for this prediction is related to the government crisis. The foresight in this regard is evident in the average tenure of governments in the previous period and the fact that the final phase in early 2021 gives technocrats the task of forming governments without elections.

Second, the Northern Alliance’s demands for greater autonomy, anti-immigration and, more importantly, anti-EU sentiment represent aspects of the crisis that can be described as threatening. To this far-right view, it is necessary to add the dramatic change in threat perception from nation-building attempts to the present. Third, there is a risk of normalization in this political process. Therefore, the continuation of the unstable outlook will push the country into a difficult process.

The sustainability of coalitions in Italy has been determined by populist and technocratic choices, rather than the tension between centre-right and centre-left, for almost the last ten years. Conte, who served as the prime minister in the coalition formed in 2018 between the populist, Euro-skeptical and anti-system BYH, and the Lega Party, which has anti-immigrant, Euro-skeptical and right-wing/nationalist populist rhetoric, stands out more with his technocratic identity. Although BYH displayed populist approaches in solving existing problems, such as the Euro crisis and the introduction of new regulations regarding immigrants, it is also a party that favors technocracy . On the other hand, whether the technocracy will stabilize or support the rising populist tendencies may become more evident in the coming years. These trends are of great importance in terms of decision-making and shaping relations with the EU on issues such as migration, budget, productivity and unemployment.

As a result, in order to overcome such crises, the Italian government and other political elites must first aim to ensure the continuity of strong democratic political institutions and political stability and to produce solution-oriented policies for crises. In this respect, in addition to the dominant and populist rhetoric and practices that isolate Italy, resolute policies regarding future integration with the EU are being pursued. For example, playing an active role in decision-making processes in cooperation with EU institutions and especially with members such as France, Germany and Spain in the EU after Brexit is frequently mentioned among the priorities of Italian politicians (Claudio and Fabio, 2004: 947). 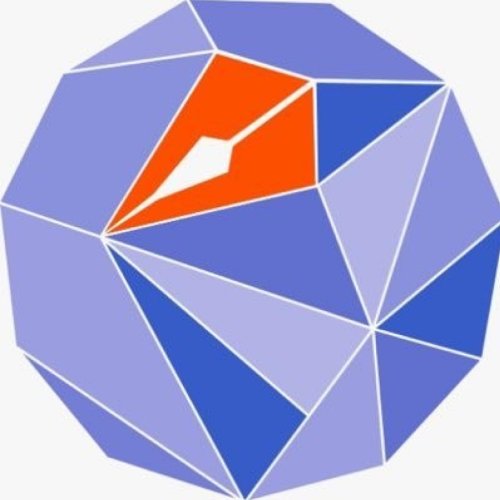