SECTION ONE: A Key Component of the Air Superiority: Unmanned Aerial Vehicles

While weapon systems are only used to destroy or damage targets, AI is a cutting-edge technology that is integrated with military systems to gain tactical advantages on the battlefield. The integrated AI-cloud technologies sustain intelligence, surveillance and reconnaissance (ISR), which collect and automate analyse data from the internet, digital documents, social media, deployed radar systems, connected satellite systems, sensors of automated systems such as unmanned aerial (UAVs), ground (UGVs), and surface vehicles (USVs) in the battlefield (Sherman, 2022). All states realized that air superiority was a prerequisite for winning modern warfare. Therefore, it would not be wrong to say that armies with overwhelmingly powerful AI-compatible aircraft on the battlefield significantly determine how the war will end.

UAVs, also known as drones, which serve in real-time ISR missions with sensors and cameras at different angles to have a wide field of view, are a key component of modern hybrid warfare since a decisive victory on the battlefield is required. These armed UAVs are capable of performing ISR missions and target acquisition and eliminating them using their smart munitions, while also protecting civilians by minimizing or even preventing the margin of error in the battlefield. These efforts carry forward the modern form of warfare through the use of traditional battlefield, information weapons and cyber conflict. States have the opportunity to test strategic autonomous technologies controlled by military human operators and perform their missions without fail, including UAVs and swarms of drones such as “Slaughterbots”, known as “killer robots” that serve specific military targets in battlefields (see more Fourie, 2022).

AI-enabled systems, which facilitate the collection and analysis of battlefield data in ISR missions, are used on both Russia-Ukraine fronts. Some studies reveal that Russia keeps running on long-range and high-precision attack missiles launched from air and space. It is alleged that Russia deployed cutting-edge military exposure technologies that it intervened in within the borders of Ukraine. The large scope of technologies surrounds from swarms of drones and super cannon guns to integrated AI-cloud technologies (Sherman, 2022).

In the early days of the invasion, there are comments that Russia did not attach enough importance to the possibility of an efficient response from the Ukrainian front and even fell short of airstrikes (Philips & Schmitt, 2022). Considering its military technology, Russia may have gained a significant advantage with its air superiority, but it may have made a strategic mistake and delayed the deployment of its tactical UAVs. Today, there is a situation where Russian airstrikes are launching more and more devastating attacks, while the Ukrainian air force is focused on attacks with lesser but more powerful effects.

Ukraine transferred the Turkish-made Bayraktar TB2 drones to fight against Russia. The TB2, which has armed UAVs integrating ISR technologies, is capable of operating at medium altitudes and long endurance (Baykar). The TB2 drone was specifically assigned to strike Russian military forces and respond to the missile attacks. There are some online footage on social media of drone bombing targets that are likely to be Russian tanks or hidden forces in the forest (CNN, 2022; Eversden, 2022). The TB2 drones, which take advantage of “Ukraine’s the most sophisticated” attacks by capturing the detected enemy unprepared and off-guard, are still flying to hit all kinds of Russian hardware such as armour, tanks, trucks, guided missiles launched, or forces and military inventory delivered by supply trains. In the statements made by the Pentagon, it was emphasized that the Ukrainian air force, unlike the Russian army, performed surprisingly effectively on the battlefield. These drones had already experienced fighting against Russian-made tanks and anti-aircraft systems in Syria and recently in Karabakh in 2020 (Philipps & Schmitti, 2022).

There were warnings from experts that needed heeding, that Russia possessed many dexterous long- and short-range cruise missile systems and electronic jammers that could easily detect and shot down them by hitting, or disabling electronic systems of the TB2 drones while loitering in the air. So the lack of self-defence of these systems is the most critical vulnerability (Philipps & Schmitti, 2022). Ukraine used American-made Javelin anti-tank missiles to overcome this vulnerability so that after detecting TB2 targets, Ukrainian forces can protect drones and other military hardware with these missiles (Eversden, 2022).

Ukrainian President Volodymyr Zelensky, in his speech at the United States of America (USA) Congress, emphasized the expectation of military technological assistance, especially from the USA and European countries. He also reflected on the latest situation of the airstrikes in Ukraine with the statement that “Russia has turned the Ukrainian sky into a source of death for thousands of people” (Insinna, 2022). The USA President Joe Biden promised a large number of military inventories including anti-aircraft and anti-armour systems such as Javelin missiles and drones. Although the White House has not yet announced what drones, Politico Magazine noticed that AeroVironment’s Switchblade system, will be sent to Ukraine (Ward, McLeary & Gedeon, 2022). Switchblade is a small, light, one-time-use loitering munition system rather than a tactical UAV that can be flown by military operators for up to 30 minutes on a surveillance mission, and then explodes by hitting its specific target (McLeary & Ward, 2022).

With the information obtained from this statement and daily news streams from the Ukraine battlefield, we understand that the pressure on the airspace operations of the Russian forces is gradually increasing. Since Ukrainian forces are not as efficient as their enemy, the Russian army, in-ground conflicts, they need more effective technologies than air, especially in ISR missions. Russia attacks strategic ground targets with its small, light kamikaze drones called KUB-BLA, which is manufactured by Kalashnikov-ZALA Aero, first loitering in the air to identify, and then destroy targets in surveillance and attack missions (Malyasov, 2022). Proving its success in Syria, the KUB-BLA drone carries deadly metal ball bearings with massive grenade power that can even damage armour, and its minimalist design makes it harder for air defence radar systems to detect it (Zaffar, 2022).

Ukraine announced the shooting down of a KUB-BLA kamikaze drone around the Kyiv city centre, which means that Russian forces are getting pretty close, as military operators are positioned nearby to launch and remotely control it. Some commenters claim that it was operating to hunt down President Zelensky as the definite target, as it crashed while hovering near the government buildings and embassies. Experts who do not agree with this idea state that drones cannot be used in assassination missions, but can only be operated against static targets such as stationary vehicles (Harding, 2022).

It was considered that another kamikaze drone called Lantset, which tested its capabilities against moving and stationary targets such as tanks and troops in Syria, is also used in Ukraine. After launch, Lantset hovers for a long time over the battlefield for ISR missions and, once the target is detected, dives on and detonates it with the warhead. Although this attack feature is similar to other drones, it has some more advanced features such as precision-strike capability, better manoeuvrability, and the ability to locate other objects by detecting them without the need for satellite systems. In addition, Lantset can strike enemy drones, which act at a slower speed in the air with a dive speed of up to 300 km/h (McDermott, 2021).

It is known that Russia has more than these kamikaze drones in its inventory, took stock of the most advanced version of the Sukhoi S-70 Okhotnik (Hunter) heavy attack drone, which is characterised by a unique flat-nozzle thruster design to blur its heat traces and radar signatures (Tass-Russian News Agency, 2021)(Tass-Russia News Agency, 2019). Thanks to this stealth design, it seems possible to fly without being detected by the radar. When the S-70 Okhotnik drone was used in Ukraine, Russia could deliver an outstanding attack performance in airstrikes.

There are also some ideas that Russia may transfer advanced AI-enabled autonomous weapons from China in exchange for providing fundamentally lacking information about testing these systems (Heikkila, 2022). Russia had opportunities to realize the potential of AI-enabled systems and autonomous technologies and made progress with battlefield data by using some tactical military inventories on the battlefields of Syria and also Karabakh (Kahn, 2022). Russia also transferred from Israel stealth predator-type unmanned aerial vehicles that can hit with guided missiles, Inokhodets-RU, known as Sirius, and Forpost, known as Outpost (Hambling, 2021). Such technology transfer may be unavoidable, as AI offers the opportunity to forge alliances and agreements, especially on joint development.

Therefore, considering both of AI-enabled military capabilities of Russia and Ukraine, Russia has a crucial advantage to repel Ukraine in sense of the air superiority, as it surpasses its rival in international AI competition, and also maintains close commercial relationships with China, which is one of the pioneers in the development of AI technologies. AI-integrated military systems have the great potential to change the course of modern warfare, especially as they are developed and serve as critical parts of battlefields for precision technical ISR missions. 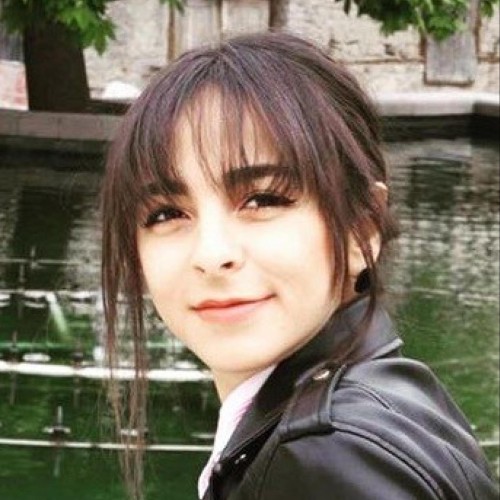