Reflections of Social Control in Everyday Life: A Dialogue Between Machiavelli and Foucault

Today, more than half of the world’s population lives in urban areas. The daily routine of these urban people is interestingly similar: Beginning in the morning, the rush starts whether to catch the bus or get on the tube. They spent at least nine hours at work and at the end of the shift, their leisure time begins. They spend this period having dinner or watching television. But why do people live like this? Is this lifestyle a consequence of people’s free will or is there something else that leads people to act this way? As in every aspect of human relations, this social routine is deeply political. Here, the term “political” is used in its most primitive form which is related to power relations. Since the invention of language, people have been constantly sharing information. In a Deleuzean sense, any kind of information can be considered an instruction in the sense that it intends to shape one’s decisions, actions or beliefs (Faucher, 2013). This constitutes the basis of the social control system that urban people still face today: Acting on a certain path due to overexposure to information. In this paper, I will aim to emphasize the particular transition from sovereign to disciplinary power, while the former is represented by Machiavelli’s Prince the latter will be examined by the works of Michel Foucault.

From Sovereign to Disciplinary Power

In the 16th century, a Florentine man left his mark on history with a short book. Niccolò Machiavelli, in his famous work, The Prince, examined the power relations between the state and ordinary people and advised monarchs on how to rule to maintain power. For him, monarchs need to make people obey themselves unless they want to be overthrown. Thus, he suggested to them some principles follow throughout the book. In Chapter 17th, titled Cruelty and compassion; and whether it is better to be loved than feared, or the reverse, Machiavelli states: “It is far better to be feared than loved if you cannot be both” (Machiavelli, 2005: 71). Because Machiavelli, after his career as a diplomat concluded that human nature is self-interested and all people take advantage of others’ weaknesses and for him, they can betray or rebel against the monarch unless they fear. Later in the same chapter, he touches upon an important point: “The prince must nonetheless make himself feared in such a way that, if he is not loved, at least he escapes being hated” (Machiavelli, 2005: 71). Because Machiavelli thought that both love and hate were not controllable feelings while instead, fear is.

Machiavelli lived in an age where the monarch and the state signify the same. A good monarch does not deal with the welfare of his subjects but his main concern is to expand the state’s territories. To achieve this, first, he needs to establish authority within the state by force. So, it can easily be said that during the early modernity period in which Machiavelli lived, the sovereign power represented by the monarch ruled the people by using forceful means.

It is a fact that today people do not live as subjects of absolute rulers but does this mean that they have the willpower? Michel Foucault, one of the most influential philosophers of the 20th century deals with this question. After long years of studying the history of different institutions, Foucault (1977), in his book Discipline and Punish, concluded that there is a shift from sovereign power that dominated Machiavelli’s period to a disciplinary form of power that emerged along with modernity. Though cruel punishment methods of the medieval ages have lost significance, modernity created its disciplinary mechanisms. Panopticon, a hypothetical prison building designed by English philosopher Jeremy Bentham, is worth emphasizing at this point. The idea is that all prisoners will be constantly observed by a single security guard. Even if it is physically impossible for a single guard to keep all prisoners under constant surveillance, inmates start to regulate their behaviour after a while thinking that they are being watched at all times. Foucault to make a clear explanation of this, developed the term “governmentality” which refers to an idea of “government” that is not limited to state politics only but also includes a set of control techniques. For Foucault, as in the example of the panopticon, people are constantly being exposed to disciplinary methods such as closure and surveillance. Through these instruments, modern institutions shape people’s actions, decisions, and beliefs from birth until death. In this way, individuals internalise the panoptic discourse manifested by power itself and eventually they end up being docile subjects that govern themselves while thinking that they act of their free will. Discourse is another concept that helps us to figure out Foucault’s understanding of power. According to Foucault, there are 3 types of discourse focus: Church and confession techniques, state biopolitics and school (Akay, 2000: 30). Governmentality, especially in the form of pastoral power of early modernity, disciplines people by making them speak out. By revealing the unspoken, the power collects information and reproduces itself by redefining its docile subjects.

In the medieval ages, the daily actions of people were not quite vital for rulers to maintain their political power. The power structure was relatively loose and people were only political subjects of the monarch. On the other hand, modernity restructured power relations in a manner that people’s everyday routines and consumption habits have become quite significant, right after the emergence of a “political economy” in the 18th century (Foucault, 1991: 101). Urban people are no longer mere political subjects but economic subjects as well. Power requires governmental control techniques to maintain its existence. Through closure, surveillance and techniques of subjectification which form the basis of modern institutions and revealing discourse people are being normalized in their daily lives.

In the 21st century, we have been witnessing that this society of discipline is replaced by a society of control as Gilles Deleuze (1992: 3-7) suggests. An important aspect of the society of control is that we seem to be allowed whatever we want. We can pursue online education or work from home without any time limitations. Yet, in a society of control, what we called as “leisure time” gradually disappears. We face constant tracking in public spaces instead of being restrained by enclosure structures, such as schools or the factory as in the case of Foucault’s society of discipline. But what is more terrifying is that we accept this surveillance as an unconscious reality. It is a fact that this notion of constant control through state policies, architectural structures and processes of individualization seems to have accelerated even more after the COVID-19 pandemic. Biopower, as Foucault called it, found a necessary ground to regulate its subjects. Yet, we must bear in mind that social control -performed both by biopower in the form of biopolitics and individuals in the form of self-control- is neither a recent phenomenon nor seems to end soon. What I would like to suggest in this paper is that the governmental reason, defined as the “conduct of conduct”, can only be overcome through a counter-conduct, new leftist governmentality, a new “logique de gauche” as long-awaited by Foucault himself (Gordon, 1991: 7). To this end, we must commit ourselves to the search for a possibility of freedom, only if there is any.

Faucher, K. X. (2013). A Deleuzian approach to information. In Metastasis and Metastability. Brill. 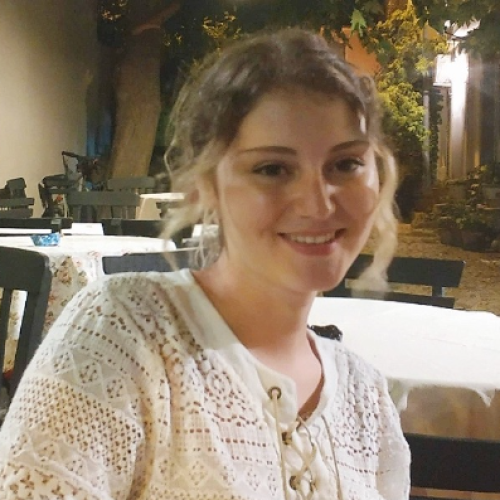