Behind the Scenes of the Elections in Hungary: What does Orbán Foresee for Hungary?

After the elections in Hungary on April 3 which around 70% of voters participated, Victor Orbán secured his fourth government with his victory. His far-right party Fidesz, in alliance with KDNP, gained around 53% of the votes which means they have 135 seats in parliament. On the other hand, the United for Hungary coalition with Péter Márki-Zay’s leadership completed the elections by getting 56 seats with 35% of the votes (Vaski, 2022). So, why are there different reactions from the EU towards the victory of a prime minister in an election in an EU member country apart from his vivid critical stance against the current direction of the EU and different sense of EU cooperation? What are the elements behind Orbán’s victory and what is he trying to sustain and maintain as an EU member country? To answer these questions, I will examine the factors worthy to be taken into account in Orbán’s victory.

Indeed, Orbán is not the one and only political figure in the EU about not support an integration around normative values. But his powerful stance on this skepticism is very related to his domestic strength as a political figure. Eventually, he is a prime minister of a party that has been in government for the fourth term consecutively. When we evaluate the democratic conditions in Hungary where Orbán is successful in the manner of staying in the government, we can observe democratic deficiencies in cohesion with the definition of hybrid regime/competitive authoritarianism notions.

In a general overview of competitive authoritarianism, the main factor is the presence of meaningful elections in an unequal playground. Elections are still worthy for opposition groups to consider as tools to compete with the government. But the conditions for the competition are skewed by the government actions that may not be categorized as autocracy but undermines the liberty in the country such as control of the private media, or illicit government and business ties that create vast resource disparities against the opposition. (Levitsky & Way, 2010).

As a well-known example of the latter, Lőrinc Mészáros is the richest man in Hungary with his EUR 1.35 billion wealth while he was not on the list a decade ago. What helped him in his success considered is his advantageous position with the contracts he can get from the state due to his long-standing and well-rooted friendship with Victor Orbán (“Lőrinc Mészáros”, 2021). Moreover, control over state and private media by the government damages freedom of press as well as prevents citizens to get informed not objective enough about the political groups that are running for the elections. According to the World Press Freedom Index of Reporters Without Border, the Orbán government intensified its control over the media especially by taking advantage of the regulations that have been implemented during the Covid-19 pandemic. This control is stated as a limitation over opposing critics against the Fidesz government in Hungarian media (Reporters Without Borders, n.d.).

Also, according to the Corruption Perceptions Index, the corruption rate in Hungary increased by 40% in 2021 (Transparency International, n.d.). That leads to conditions where ruling elites utilize state resources and capacities for their own individual benefit as well as for the favor of their governing party while restricting a fairground of competition in democracy for opposition parties. The general overview of democratic deficiency in Hungary is also presented by Organization for Security and Co-operation in Europe (OSCE) reports including the 3 April elections. The report roughly expressed that the elections in Hungary are free but not fair in various segments of democratic competition (OSCE, 2022). The reports of 2014 and 2018 are no different either regarding the findings of competitive authoritarian elements in Hungarian elections (OSCE, 2014; OSCE 2018).

Furthermore, there are various new elements emerged in the recent election apart from the conditions above. The reform implementations regarding adult suffrage with dual citizenships for ethnic Hungarians abroad were also in benefit of Orbán. This factor played an important role in elections since there are around 1.2 million Hungarians in Romania, and 420,000 in Slovakia which mostly supported Orbán as well (Hutt, 2022). Apart from that, various economic steps right before elections also created a positive image for the government, at least in short term until the elections. These policies include increasing the minimum wage, stabilizing prices on various products (Tar, 2022), and subsidies to support families in Hungary which Orbán promised to expand and extend this support if Fidesz wins (“Orbán Pledges,” 2022).

Besides, the attitude of Orbán regarding the Ukraine crisis affected floating voters as well. It is well known that Hungarian families with Christian values are the main focus of Orbán’s speeches not just in election campaigns but as a legitimizing tool in his stance on various domestic as well as foreign policy steps as in the example of former controversial topic abound the amendments regarding LGBTQI+ community. So, Orbán used the “Hungarians first” language as a response to the current event of the Russia-Ukraine conflict too. He expressed many times that he will keep Hungary away from this war while he was emphasizing that Hungarians will suffer due to being part of the war if the opposition wins. Since Hungary suffered in Soviet relations in recent history, Orbán’s position regarding the current Russia-Ukraine crisis-affected floating voters in favor of the Fidesz government (“Orbán: Hungary,” 2022).

While Orbán’s government presented itself with a determined political course in both domestic and external policy areas, the opposition coalition with six parties had the discourse of contradicting negative language regarding Orbán’s policies and presented an image of gathering only in contrasting Orbán but in controversy in ideological unity. As a short-term consequence of Orbán’s victory, the inflation rates are increasing in Hungary while the value of the national currency is decreasing. Freezing prices over products before elections contributed to current inflation rates to increase of course. Also, the EU will take a tighter stand since the EU Commission approved taking conditionality measures to continue funding Hungary (Liboreiro, 2022).

All in all, to answer the question of what Orbán wants to sustain as a prime minister of an EU member country, one must remake this very question since EU membership is vividly not the primary identity of Orbán’s agenda. He is playing his cards flexibly as we can observe in his capacity to build economic relations with China and Russia rapidly while EU as well as most member states had no unified stance towards China. Of course, his flexible strategies can be questioned from perspectives of defending EU norms globally as similar to other countries in the region like Germany.

Hence, Orbán is visualizing a future for Hungary that EU cooperation takes place as an economic benefit rather than the political position of where Hungary belongs in the international arena. By taking benefit from the collaboration of various partnerships in country units and at the level of international organizations, Orbán is aiming to maintain a flexible foreign policy and illiberal democracy domestically for Hungary. What is critical here is its membership in the EU which has supranational elements as an organization with core values of exalting democracy and human rights as the main identity of its legal entity.

EU expanded towards CEE including Hungary after the Soviets’ collapse not just for economic stability in the region but also for political unity as part of its identity as well. Thence, a member that is not sharing the same views of political identity can make the eastern expansion of the EU pointless. In this regard, upcoming years for Orbán’s fourth government will most likely pass with further discussion about the political identity of his country within the EU which already began its new conditionality mechanisms towards Hungary. 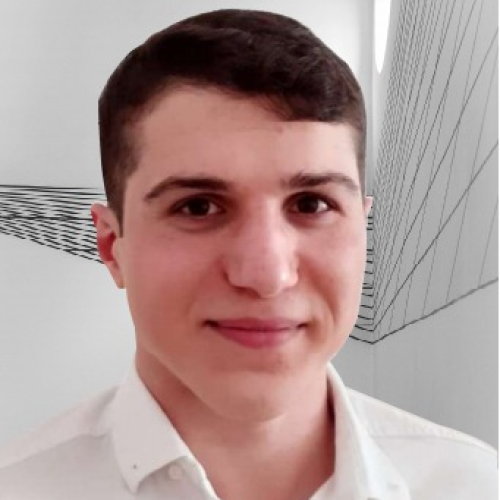 “rest in peace Princess Diana you would have loved...